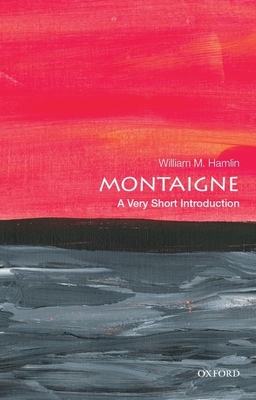 The French author Michel de Montaigne is widely regarded as the founder and greatest practitioner of the personal essay. A member of the minor aristocracy, he worked as a judicial investigator, served as mayor of Bordeaux, and sought to bring stability to his war-torn country during the latter
half of the sixteenth century. He is best known today, however, as the author of the Essays, a vast collection of meditations on topics ranging from love and sexuality to freedom, learning, doubt, self-scrutiny, and peace of mind. One of the most original books ever to emerge from Europe,
Montaigne's masterpiece has been continuously and powerfully influential among writers and philosophers from its first appearance down to the present day. His extraordinary curiosity and discernment, combined with his ability to mix thoughtful judgment with revealing anecdote, make him one of the
most readable of all writers. In Montaigne: A Very Short Introduction, William M. Hamlin provides an overview of Montaigne's life, thought, and writing, situating the Essays within the arc of Montaigne's lived experience and focusing on themes of particular interest for contemporary readers. Designed for a broad audience, this
introduction will appeal to first-time students of Montaigne as well as to seasoned experts and admirers. Well-informed and lucidly written, Hamlin's book offers an ideal point of entry into the life and work of the world's first and most extraordinary essayist.

William M. Hamlin is Professor of English at Washington State University and the Bornander Distinguished Professorship in the WSU Honors College.