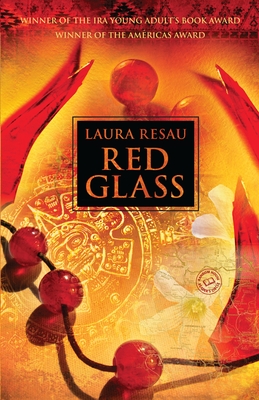 With a dazzling and thoughtful voice, this critically acclaimed novel deals directly with the challenges and dangers of immigration, exploring the ties that bind us together in an age when issues threaten to divide us.

One night Sophie and her parents are called to a hospital where Pedro, a six-year-old Mexican boy, is recovering from dehydration. Crossing the border into Arizona with a group of Mexicans and a coyote, or guide, Pedro and his parents faced such harsh conditions that the boy is the only survivor. Pedro comes to live with Sophie, her parents, and Sophie's Aunt Dika, a refugee of the war in Bosnia.

Sophie loves Pedro—her Principito, or Little Prince. But after a year, Pedro’s surviving family in Mexico makes contact, and Sophie, Dika, Dika’s new boyfriend, and his son must travel with Pedro to his hometown so that he can make a heartwrenching decision.

★ "The vivid characters, the fine imagery, and the satisfying story arc make this a rewarding novel." –Booklist, Starred Review

Laura Resau lived in the Mixtec region of Oaxaca, Mexico, for two years as an English teacher and anthropologist. She now lives with her husband and her dog in Colorado. She is the author of What the Moon Saw, Red Glass, Star in the Forest, The Queen of Water, the Notebooks series, and The Lightning Queen.

"Suffused with the region's vibrant colors, Resau's (What the Moon Saw) memorable novel deftly blends Latin America's richness and mystery with the brutal realities its emigrants carry away... The prose captivates from the first chapter... Central themes of fear and emotional survival permeate the multilayered plot... A mystical overlay from the practices of Pablo's Mixtec relatives adds even more luster to a vibrant, large-hearted story." –Publishers Weekly, STARRED, Featured Book on PW's Children's Bookshelf

"The author's love for the culture and physical setting of rural Oaxaca and northern Guatemala is shown in beautiful, descriptive detail. Rich, poetic language, elements of the hero quest story pattern, and quotations from St. Exupéry's The Little Prince are braided through this coming-of-age romance as Sophie grows from amorphous onlooker into a strong, risk-taking young woman. Secondary characters, especially the 60-year-old Dika and her "boyfriend," Mr. Lorenzo, are well developed. Readers will sympathize with Pablo and agonize as he chooses whether to stay in Mexico or return to Sophie's family in Arizona. The satisfying love stories and moving glimpse of the immigrant experience make this a captivating read." –School Library Journal, STARRED

"Resau works her magic again in this compelling first-person narrative. Full of longing and trepidation, Sophie is limited at the beginning of the story. But as she travels and comes to understand people better; life-altering perspectives awaken a newfound courage." –Booklist, STARRED

"The characters are so compelling and sympathetic that the reader really cares how they all fare. Emotionally charged and powerful." –Kirkus Reviews

"Resau, who capably treats the topic of self-discovery in her first novel, What The Moon Saw, continues along similar lines here, with poignant descriptions of illegal border crossings and guerilla warfare providing a substantive background for the foreground story of coming into one's own and joining the larger organism that is one's family. The book is strengthened by a core of storytelling and intertextuality (Angel tells personal narratives in the car, Sophie reads aloud from Pablo Neruda and e.e. cummings, and each of seven parts is prefaced by a passage from The Little Prince) and suspense (which family will Pablo choose? How will Sophie overcome her fears?). An unexpectedly empowering moment that has Sophie laughing in the face of a filthy washroom is truly liberating and uplifting, and her new fearlessness should prove bolstering for readers who are on their way to discovering their own inner chispa, or spark." –Bulletin of the Center for Children's Books

"The characters in this book are all delightful. They are warm and real, with varying degrees of unconventional... The are quite different from each other, but still they connect... The reader becomes very close to them... The themes of civil violence, a desire to better one's life, and the dilemma of how to do it-legally or illegally-make it a great book for class discussions on current events... The writing is so rich that it would also be a great read-aloud." –VOYA